There are certain bacterial infections where treatment with antibiotics is necessary and unavoidable. Unfortunately, some patients suffer unpleasant side-effects from antibiotics, such as diarrhoea and nausea. Antibiotics also kill not only the "bad" pathogens, but also the "good" intestinal bacteria. These good bacteria are extremely important for the body as they form a large part of the immune system. Fortunately, there are plants available in nature that have extremely active antibacterial ingredients with no notable side effects. 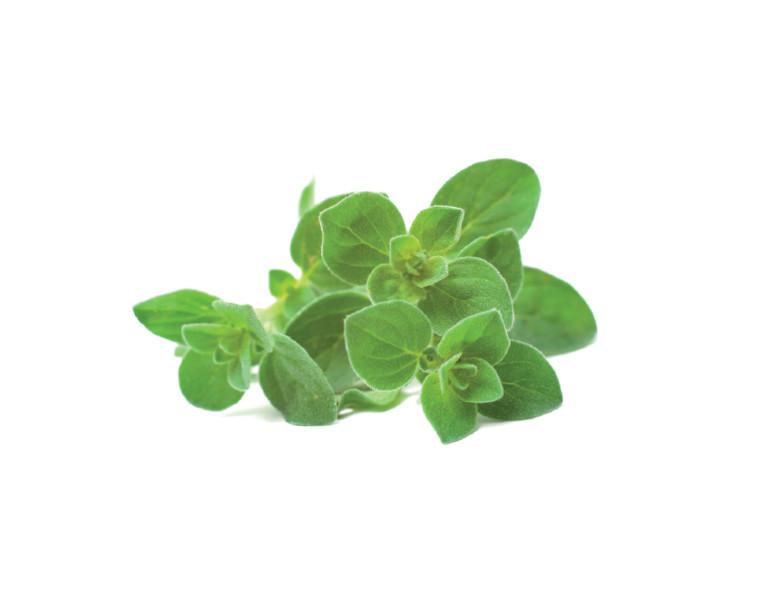 Although it is very popular on pizzas, it would be a shame to limit the aromatic taste of oregano to a "pizza spice". The word ‘oregano’ comes from the Greek language and means "jewellery of the mountains" and was used by the early Greeks as a herbal remedy. Originally native to the Mediterranean region, oregano has spread to warm and temperate regions all over the world, including here in Switzerland. It thrives in *lean meadows and dry, sunny limestone and *gravel soils. The leaves of the oregano plant contain a great variety of active essential oils, tannins and bitter substances which have various healing effects. Oregano is one of the most powerful herbs and effective natural antibiotics ever tested. Oregano is also a potent fungicide. It is therefore also very effective against fungal infections of all kinds. The oregano plant itself is not attacked by any disease or pests and, as a bonus for gardeners, it keeps all insects away. This is an indication of the strength of the essential oils. Scientific research has repeatedly proven the antibacterial and anti-inflammatory effect of oregano oil.

In warmer climates it is also a popular herb used in the preparation of foods such as minced meat because it prevents the growth of coli bacteria in food. Oregano also has a disinfectant effect on the gastrointestinal tract, as well as stimulating the appetite and aiding digestion.

We can therefore attribute the following healing effects to oregano: 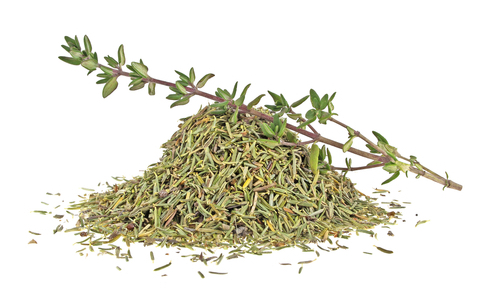 Thyme is a popular and well-known culinary herb with a mild, peppery pungency. Thyme is a shrub from the mint family. The shrub has a low height and bears many lilac-coloured flowers in May and June and is an attractive source of food for bees. Thyme comes from the western Mediterranean countries. The Latin name Thymus indicates its invigorating and stimulating effect. Herbalists have always attributed many healing properties to thyme with its high-quality essential oils. Thyme has therefore been used as a remedy for respiratory infections and coughs for centuries.

Thyme is a very effective, versatile medicinal herb, and in 2006 it was voted medicine of the year. The effect of thyme as a natural antibiotic is also fascinating. Tonsillitis, cystitis and the like can be treated very effectively with the use of thyme. The essential oils found in thyme are particularly important for colds and coughs as thyme has an expectorant effect. Even bronchitis and whooping cough can be treated with thyme. People who suffer from asthma can also experience relief through a treatment with thyme which is due to its bronchospasmolytic properties. Healing effects of thyme are:

Barberry occurs naturally in Western, Central and Southern Europe, but not in the British Isles and Scandinavia. The plant is poisonous with the exception of the berries. The scarlet coloured berries, which are up to one centimetre long, are edible but very acidic. The berries and the root bark have healing properties. However, the fruit of barberry has a completely different healing property to that of the bark of the root. One could be forgiven for thinking that they are two different medicinal plants. The fruit contains vitamin C and substances typically found in most fruit, such as fruit acids. The root bark essentially contains alkaloids, e.g. berberine and tannic acid. The berries  themselves do not contain any alkaloids. We want to focus on the effects of the bark of the root. The yellow coloured, alkaloid berberine contained in the root has a variety of health benefits such as the very effective treatment of diabetes, the treatment of cardiovascular diseases and  it is even said to prevent cancer. There are more than several hundred subspecies of the Barberry. Berberine can be found in several of those subspecies, such as the Berberis aristata or Berberis vulgaris.

We are particularly interested in the following benefits of berberin:

A combination of oregano, thyme and barberry is a powerful weapon in the fight against bacterial infections, especially the infection of the upper respiratory tract!