CBD is a constituent of cannabis plant which has promising medical properties. This substance appears to be pain-relieving, and it has anti-epileptic as well as anti-psychotic effects. CBD is also a strong anti-oxidant and anti-inflammatory. Of particular interest is the fact that CBD has nerve-protecting effects.

Cannabidiol or shortly CBD is one of the major cannabinoids identified in the cannabis plant. The cannabis shrub (up to 4 Meters high) produces over 60 various chemical compounds of such cannabinoids. One of the cannabis strains called hemp, has been selectively bred to produce a maximum of CBD. Hemp, which is legally cultivatable, contains hardly any content of the primary psychoactive compound of cannabinoids—THC.

CBD is, in contrast, not psychoactive, i.e. it doesn’t have any psychological effects on the brain. Instead, CBD has a variety of medicinally desired properties and won’t lead to any relevant side effects even given in high doses. Taking CBD is therefore considered explicitly secure. 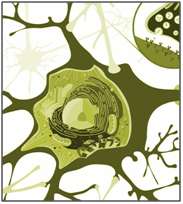 CBD has the property of pain-relieving. It is often used for its anticonvulsant, anti-epileptic, anti- psychotic and anxiolytic effects. CBD is also considered to be an anti-inflammatory and anti- oxidant. It is neuroprotective and has an antibacterial effect against certain germs (MRSA) with high antibiotic resistance. CBD inhibits nausea, helps with muscle spasms and reduces the risks of the development of diabetes. All these health effects of CBD make it a superior candidate for treating chronic pain, inflammatory diseases of the nervous system, epilepsy, anxiety disorder, psychosis and schizophrenia.

Probably the most interesting feature of CBD is its neuroprotective potential, which is increasingly and intensively being put under scrutiny due to its associative nature with many neurodegenerative diseases such as Altzheimers, Parkinsons, Huntington’s disease, and ALS, or amyotrophic lateral sclerosis. CBD seems to have the capability to reduce various harmful phenomena such as neuro inflammation, excitotoxicity (by which nerve cells are damaged and killed due to the excess of neurotransmitters such as glutamate), and oxidative stress and nervous degeneration in the brain. CBD can be further approached as a candidate for treating chronic inflammatory bowel diseases like colitis ulcerosa or Crohn’s Disease. 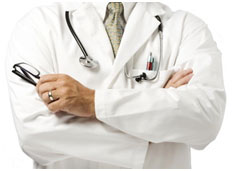 CBD effects the body in many different ways. According to CBD expert, Dr. med. Franjo Grotenhermen, the following mechanisms are among the most important:

The remarkable fact is that CBD has a very low affinity to the receptors in the endocannabinoid systems. Its effect comes, more than likely, from its capacity to inhibit the clearance of the body’s own endocannabinoids. Thus, by the intake of CBD, you may prolong and strengthen the effects of these endocannabinoids.

CBD is already effective in doses of between 10 and 40mg. Depending on the requirements, it can be prescribed in higher doses of up to 800mg for adults. For children, the dosage is between 2 and 10mg per kg of body weight.

The effects on children with epilepsy show that each person reacts differently to CBD. Some children reacted well to low doses, whereas others required higher doses and others again did not respond to treatment with CBD. 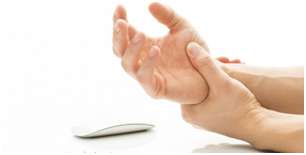 CBD is a promising pain reliever. This mostly applies to nerve pain and pain caused due to inflammation. In these cases, CBD can simultaneously reduce inflammation and lessen the sensation of pain. Thus, CBD has proven to be effective against pain in multiple sclerosis. However, CBD is also effective against other types of pain.

Although the cause of migraines is still shrouded in mystery, the severe headaches appear to be associated with nerve inflammation. Genetic studies have shown a link between existing migraine tendencies and a lack of CB1 receptors in the brain. CBD could help by inhibiting the breakdown of anandamide and thereby maintain a higher concentration of these messengers for the interaction with the remaining CB1 receptors.

In some forms of epilepsy, CBD can effectively suppress seizures without neurotoxic or habit- forming side-effects, which would require a regular increase in dosage. This especially applies to certain genetic forms of epilepsy in children. In studies, half the patients taking CBD suffered no more attacks, whereas 38% experienced at least a partial improvement. There is a well-known case of a 5year old girl in the USA who suffered from a rare form of epilepsy which resulted in up to 300 attacks per day. When drugs no longer helped, her parents eventually discovered an extract from a CBD-rich variety of hemp. This helped, and the attacks were reduced from hundreds per day to one a week! The little girl could eat, talk and even ride her bike once again. 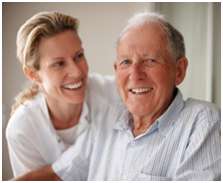 With Alzheimer’s disease, the brain gradually increasingly atrophies. Possible reasons are an inflammatory response to the nervous tissue deposits in the brain, the destruction of nerve cells and oxidative stress. Various studies show that CBD treatment can inhibit the inflammatory response in the brain effectively. In addition, CBD reduces oxidative stress and protects the nerve cells from damage or degeneration.

Parkinson’s is a slowly progressing neurodegenerative disorder, with symptoms varying from tremors, to restricted mobility, to muscular rigidity. One of the reasons is the demise of dopamine producing neurons in the brain. According to studies, CBD can reduce this loss in dopamine. In addition, the psychotic symptoms of Parkinson’s patients can be reduced.

Amyotrophic Lateral Sclerosis (ALS) is a degenerative disease of the motor nervous system, leading to paralysis and muscle
weakness. Studies consistently show that CBD can halt, or at least delay, the degeneration of nerve cells affected by ALS. This reduced degeneration is done by bringing the neurotransmitter glutamate into equilibrium, reducing the oxidative stresses and reducing local inflammatory reactions.

While THC may favour the onset of psychosis, CBD does the exact opposite. In a double blind study in 2012, CBD preparations were given to patients with acute schizophrenia which proved to be as effective as drugs, but with far fewer side effects. Experts believe unanimously that this is related to the described increase of anandamide levels attributed to CBD.

Several studies have revealed the cancer fighting properties of CBD. In one study of breast cancer, CBD triggered the programmed cell death of the cancer cells. A reduction in the viability of cells and the induction of cell death by CBD was also observed in leukemia cells. The same applies to prostate cancer cells. In cell experiments, CBD inhibited the formation of metastases in lung cancer. Another anti-cancer effect is that CBD inhibits the formation of new blood vessels in tumours. Although treatment with CBD may not be an alternative to normal cancer treatment, it may be a useful and effective complementary treatment.

There is evidence of the therapeutic potential of CBD with regards to the addiction of THC, nicotine and opiates. CBD appears to alleviate withdrawal symptoms. In one study* smokers who wanted to quit, found it easier to quit smoking with the use of CBD than a comparison group which was given a placebo. The number of cigarettes smoked in the CBD group fell by 40% whereas there was no decline in tobacco use by the control group.

CBD has a preventative or curative effect on the following medical conditions:

Interaction with other drugs

CBD is metabolized in the liver, where it inhibits the activity of two enzymes which are responsible for the degradation of various drugs. These drugs can be degraded slower and are therefore more effective when taken together with CBD. Affected are the acid inhibitors, Pantoprazol, and Ondansetron, as well as the anti-epileptics Clobazam. (Frisium) and Risperidon (Risperdal). Therefore, one must exercise caution when using one of the above drugs in addition to high doses of CBD.

CBD is generally pronounced safe. CBD should only not be taken during pregnancy since a study showed that CBD can reduce the protective function and change the properties of the placenta.