More and more people are complaining of problems when it comes to falling asleep and staying asleep until morning. In today's society, we struggle with new environmental influences which our ancestors did not know. The following influences have a negative effect on our sleep:

The sleep hormone, the feel-good hormone and tryptophan

In our intestine (and other places), our body produces serotonin and melatonin. These two substances are related, as melatonin is produced from serotonin by a special biosynthesis. The essential amino acid tryptophan is a precursor of serotonin and melatonin. Melatonin is the well-known sleep hormone and serotonin is a neurotransmitter which has a positive influence on our mood via our central nervous system. Another function of serotonin is the regulation of wakefulness and sleep by controlling the release of melatonin. The hormone is released through the pineal gland (pituitary gland) in a controlled manner as it gets dark. The pineal gland can be hardened by fluorine or overdosed calcium and its function can thus be restricted. In the dark winter months, the melatonin level also remains elevated, which can lead to increased fatigue and winter depression. The effect of taking synthetic melatonin alone is highly controversial among experts.

In my experience, melatonin tablets only improve sleep when there is a proven melatonin deficiency. This deficiency can be determined with a simple saliva test. Natural melatonin, which is found in foods such as pistachios, cranberries, mushrooms, etc., can be better absorbed than synthetic melatonin. This level can easily be analysed by doing a blood test.

In cases of sleep disturbances, I recommend among other things, the intake of hydrolysed tryptophan which is quickly and easily ingested in a pre-digested form by most people. OH-tryptophan (hydroxytryptophan) is the direct precursor of melatonin and serotonin. It is significantly more effective than L-tryptophan, which occurs naturally in nature.

It has been scientifically proven that breast milk contains substances that have a calming effect on a baby. Scientists have been able to isolate these substances and have confirmed their effectiveness by means of scientific studies. We are talking about specially hydrolysed milk proteins, more precisely a peptide called α-casein. This is produced naturally via a special process. The effect of this peptide is comparable to the drug diazepam, which is used as a treatment against anxiety and sleep disorders. This hydrolysed milk protein (α-casein) is also suitable for milk allergy sufferers, as this hydrolysed form is well tolerated by most people.

For a good, calming effect in adults between 150mg to 300mg of α-casein is needed.

The Sleep Berry (Withania Somnifera) – the miracle cure from India

It is unthinkable to not have the sleep berry as part of Ayurvedic medicine. It is called Ashwagandha in India and has been well documented for over 3000 years. The calming effect on the nervous system has been scientifically proven and documented in almost 1000 studies. In the West, we also call the plant Withania Somnifera or Indian Ginseng. The exciting active ingredient in the root is withanolide. This substance is also found in other nightshade plants. In Ayurvedic medicine, the powder of the root is used. A substantially enhanced effect is achieved with natural dry extracts in capsule form, which contain a high dosage of withanolidene. The absorption of extracts is also better. Extracts of the entire plant contain an additional active ingredient, triethylene glycol, without which the withanolides have no effect. So isolated extracted withanolides alone have no sleep-promoting effect, but when combined with the entire extract the required sleep effect is realised. Ashwagandha may increase the effect of alcohol.

Every nation has its specialities when it comes to its natural tradition. In Brazil and Peru, the plant Mulungu, also known as the Brazilian coral tree, is known as a traditional household remedy and is used as a sedative and sleeping pill. The entire plant is edible, so one can eat the flowers, seeds, fruits, roots and bark. Yet, the bark and the root are particularly interesting from a medical perspective. Published studies** have shown that neuroreceptors are blocked by Mulungu, which have a calming and anxiolytic effect on the nervous system. In Europe Mulungu is still unknown, but it is growing in popularity in the USA. 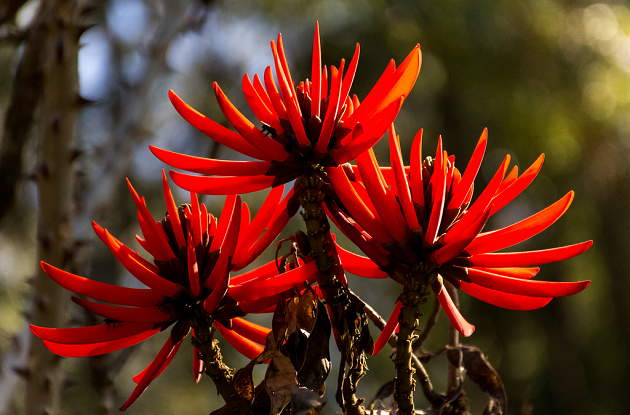 Would it not be great if we had a natural sleeping pill which contained tryptophan, sleep berry root extract, hydrolysed milk proteins and mulungu?

Chronic Fatigue Syndrom
Vitalstoffmedizin
Chronic FatigueCountless people feel abnormally tired and would gladly take to their beds by late afternoon. Most people who mention this symptom to their doctor will not be given a diagnosis despite ...
Losing weight - But how?
Vitalstoffmedizin
Losing weight - but how?Overweight as a global problemGlobally, it is estimated that 2 billion people are overweight. That is about a quarter of the world's population. In Switzerland, in 2012, there ...
Vitamin D3 im Einsatz gegen COVID-19
Vitalstoffmedizin
Kann Vitamin D das Risiko von Influenza- und COVID-19-Infektionen verringern? Ein Artikel in Nutrients meint ja und empfiehlt die präventive Einnahme von Vitamin D.Die ganze Welt befindet sich derzeit...
Burnout
Vitalstoffmedizin
Chronic stress and burnoutToday, stress is omnipresent for many people. The burdens on the workplace have tended to increase, even in our leisure time a lot needs to be undertaken and done...
Diabetes mellitus Type 1 and 2
Vitalstoffmedizin
Definition of  Diabetes Type 1Previously diabetes was referred to as either the young or the elderly diabetes. These days it is referred to as Type 1 or Type 2 diabetes. In Type 1 diabetes, the p...